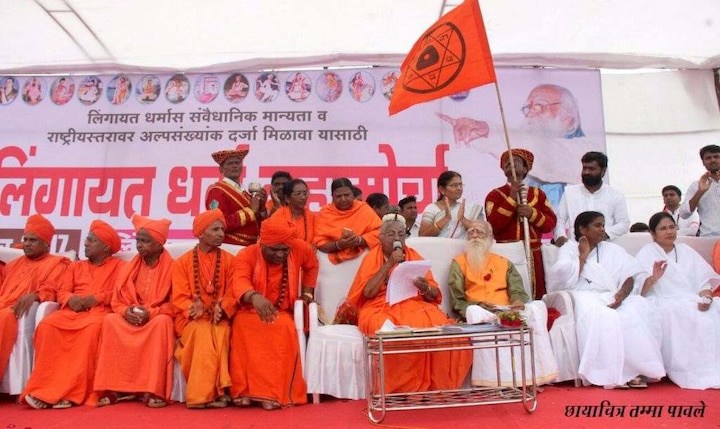 Bengaluru: Amid intense speculation about a possible leadership change in Karnataka, several seers of the Veerashaiva-Lingayat community on Friday decided to organise religious heads convention on Sunday in what is seen as sending out a loud and clear message to BJP party high command not to remove Chief Minister BS Yediyurappa.

This convention is seen as a last-ditch effort to save Yediyurappa from resigning after July 26. Yediyurappa had maintained that he has not received any message from party high command to date but he was in anticipation of their message on July 25 evening, and until then he would be performing his duty.

After a meeting with like-minded seers here, Sri Dingaleshwar Swami, the seer of Balehosur Matha, told reporters that a group of pontiffs belonging to all sects will be meeting on Saturday to deliberate on the agenda of Sunday’s convention.

Also read | Schools To Reopen On August 16 In Andhra Pradesh

“This will be the first of its kind and deliberate on a host of several issues that are bogged down by various communities in the state. Besides, it may also discuss the present political scenario as well,” he said.

According to him, the daylong deliberations by seers on Saturday will finalise the agenda of the convention.

Another prominent Lingayat seer, Rudramuni Sri of Tiptur Matha, said that Lingayat Mathas have given their own contributions to society and whenever there is “confusion” prevails in the society or in the state, people do look towards religious heads to sort out such confusion.

“Our prime agenda will be in the welfare of the society and state… nothing else. It is not in favour or against anyone,” he said cryptically but added that the convention would speak on the present political turmoil in the state too.

Answering to a question, Dingaleshwara seer that there is nothing wrong with religious heads speaking on political issues. “There is no such thing that separates religion or philosophy. We religious heads do visit politicians to get works done for the welfare of society so, in turn, politicians meet us to seek guidance. There is no difference. Even going by your (media) speculation that we are holding a convention to seek an extension of term for Yediyurappa, what is wrong in it?” he asked.