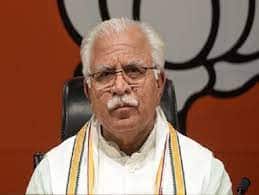 The increase in dearness allowance will be effective from July 1, said a Haryana government spokesperson.

The spokesperson informed that 2.85 lakh government employees and 2.62 lakh pensioners of the state will get benefit from this decision.

At the same time, this will put an additional burden of Rs 210 crore on the exchequer every month.

This follows the decision of the Central government, which had earlier this month increased the DA of central employees and pensioners from 17 percent to 28 percent.

The Centre’s decision will provide relief to 11.4 million central government employees and pensioners in times of inflation and pandemic.

Dearness Allowance is a part of the salary that is aimed at combating inflation and revised twice a year -once in January and once in July.

Earlier, the three additional instalments of DA to central government employees and DR to pensioners, which were due from 1 January 2020 till June 2021, were frozen in April.

The hike to 21 per cent of basic pay from 17 per cent was held soon after it was approved by the Union Cabinet.

ALSO READ | Good News For UP Youth: Yogi Govt To Provide Free WiFi In Every City From August 15

The hike was put on hold owing to the Covid-19 pandemic, which kept the Central government finances under pressure.

Arvind Kejriwal vs L-G again over protesting farmers: ‘Insult to people of Delhi’