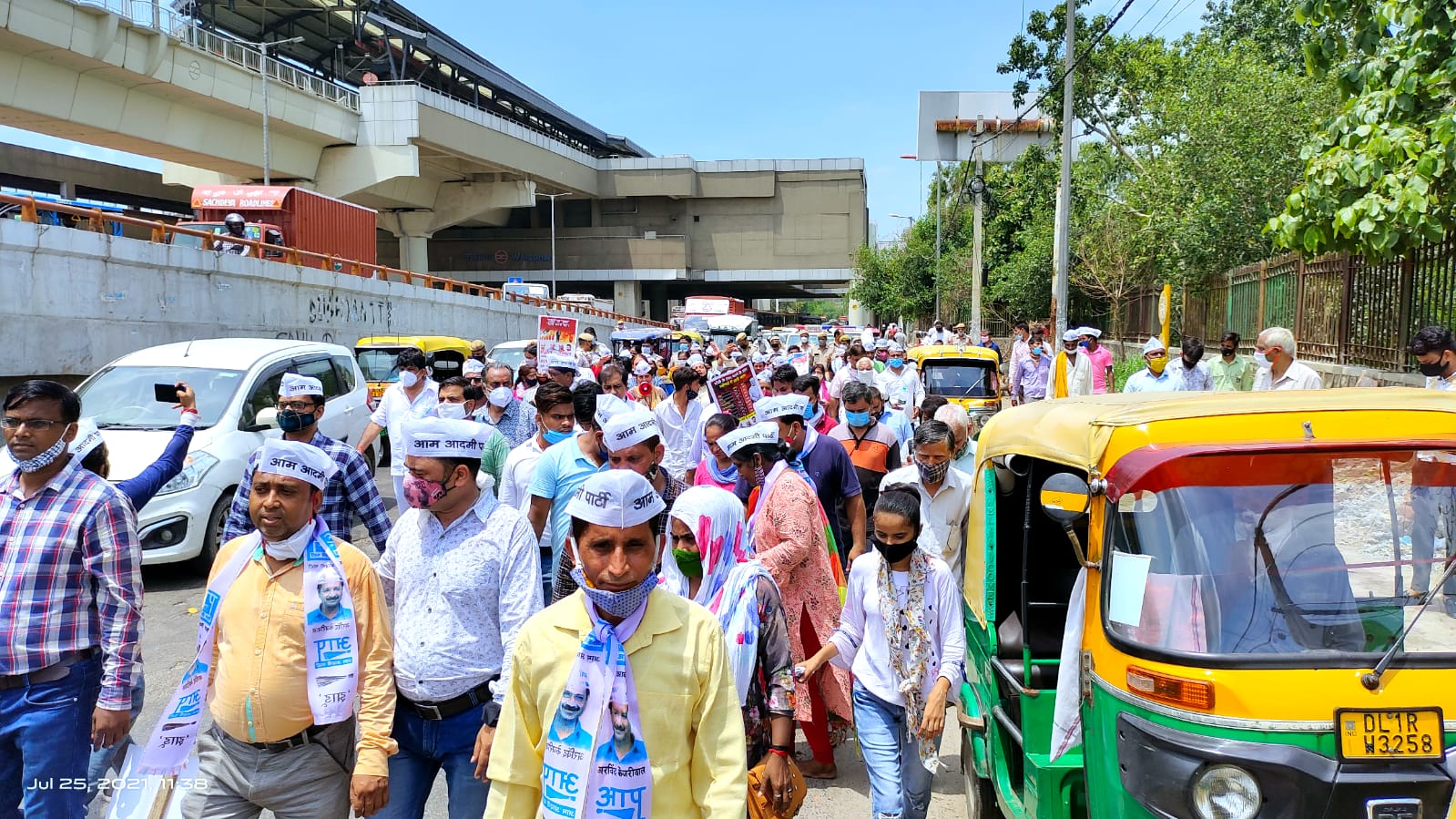 Aam Aadmi Party States That Party Workers In The Rohtas Nagar Constituency Protested Against The Rising Inflation And Unemployment Because Of The Failure Of The Modi Government’s Policies At The Centre And To Expose The Widespread Corruption In The Bharatiya Janata Party-ruled Municipal Corporation.

The Aam Aadmi Party held a protest demonstration in the Rohtas Nagar constituency today against the widespread corruption in the BJP-ruled MCD and the rising inflation caused by the failed policies of the Modi government. The ‘Halla Bol’ protest saw a vast crowd coming in to support the cause. The Delhi Police, acting on the instructions of the BJP, arrested the Delhi State Women’s Wing In-Charge Sarita Singh to dictatorially suppress the voice of the workers of Aam Aadmi Party as the party is working towards unveiling the real face of the BJP and its corruption. The people of Delhi now want to throw out the BJP for good and bring in the Aam Aadmi Party to promote honest politics in the MCD.

Aam Aadmi Party states that party workers in the Rohtas Nagar constituency protested against the rising inflation and unemployment because of the failure of the Modi government’s policies at the centre and to expose the widespread corruption in the Bharatiya Janata Party-ruled Municipal Corporation of Delhi (MCD). A large number of local people took part enthusiastically in the ‘Halla Bol’ protest demonstration. The general public of the area actively participated in the demonstration organised by the Aam Aadmi Party. During this protest a ‘Bullock Cart Yatra’ was to be taken out; which was to start from Shri Ram Mandir, Welcome and end at Ashok Nagar passing through Rohtas Nagar Market, Kabool Nagar, Mansarovar Park, Ram Nagar, Mandoli Road, Nand Nagri, but at the instructions of the BJP, the Delhi Police, working under the Modi government, made a dictatorial attempt to suppress the voice of the party’s protest by taking the former MLA and Delhi State Women’s Wing in-charge Sarita Singh into custody to commit an act of utter cheapness. The Aam Aadmi Party states that the BJP should also know that the workers of the Aam Aadmi Party are the soldiers of Jan Nayak Arvind Kejriwal, who is not afraid or backed down by the tyranny of the BJP.

The Aam Aadmi Party further states that its aim is to show the real corrupt face of the BJP to the public. Our aim is to show the real face of the BJP by reaching out to every person’s house in Delhi. The party states that they are actively telling people about the widespread corruption in the BJP ruled MCD and the people are also of the opinion that they want to eliminate the corruption spread in MCD, by ousting the BJP from power and handover the power to the honest politics practiced by AAP.