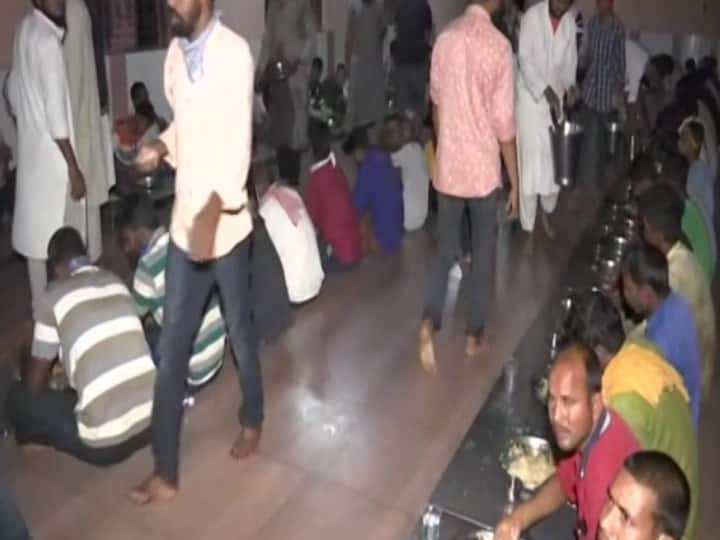 Kolhapur: Daroom Uloom Madrasa in Shiroli, Kolhapur has housed about 400 people from flood-affected areas. About 150 people have so far died in several incidents related to floods, landslides, and rains in Maharashtra. While 100 people are reported missing, more than 50 people have been injured in rain-related incidents.

Maharashtra | Daroom Uloom Madrasa in Shiroli, Kolhapur rehabilitates flood-affected people. “We have housed over 400 people including women & children. They are being provided with food & other facilities, ” said Madrasa caretaker Haji Aslam Sayyid (25.07) pic.twitter.com/EKjp88RLHF

On Sunday, around 2,000 Karnataka-bound vehicles, including trucks, are stranded on the national highway, the district police were reported as saying by PTI. The highway has been shut for traffic since Friday after part of it got submerged due to rising water levels as a result of incessant rains in the district.

“The stretch near Shiroli continued to be closed for the vehicular movement near Shiroli village as the bridge near there remained inundated,” Kolhapur Superintendent of Police (SP) Shailesh Balkawde said.

He added that if the water level of the Panchganga River in Kolhapur goes down further, there could be chances of water receding at the stretch. The stretch of this highway in the Belgaum district of Karnataka is also underwater, he said.

The district administration said that four automatic gates of upstream Radhanagari dam were opened and water was being released at 6,900 cusec rate on Sunday night.

Over 1.45 lakh people, who were stranded in the flood-hit areas of Kolhapur, have been shifted to safer places, it said.

It is likely that Chief Minister Uddhav Thackeray will take an aerial survey of Satara, Sangli, and Kolhapur on Monday.