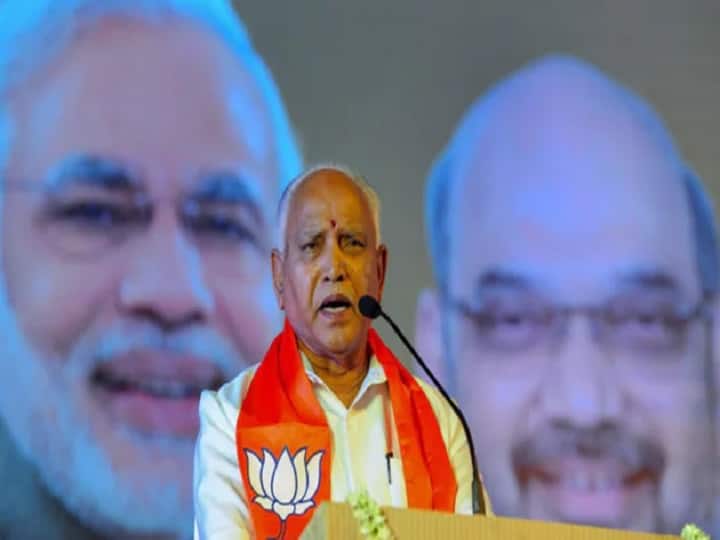 New Delhi: Karnataka Chief Minister BS Yediyurappa has resigned from the post today. The government had organised an event for its completion of two years in power on Monday.

In this event, BS Yediyurappa announced his resignation during an emotional speech while presenting a report on his government’s performance.

He said that he would tender his resignation after a meeting with the State Governor, post-lunch. He was teary-eyed during his speech.

Referred to his early work in the party, also remembered former PM Vajpayee

Along with this, he said that he has always had to prove myself since the time he got power. Yediyurappa had to step down from the post of CM in the past, after which he had also formed a separate party named KJP.

Along with this, he was also forced to resign before the Kumarasamy government came in power. In his speech, he also thanked Prime Minister Narendra Modi, JP Nadda and Amit Shah.

BS Yeddyurappa, the biggest leader of BJP in Karnataka, has been active in politics for nearly five decades. Yediyurappa comes from Lingayat, a dominant community in Karnataka.  Lingayats have about 17 percent population in Karnataka and Lingayats dominate in about 100 assembly seats.

BS Yediyurappa created a record in politics, no leader would ever want to create. While Yediyurappa has the record of being the CM of Karnataka four times, he also holds the record of never completing a full 5-year tenure in power.

BS Yediyurappa’s political stature can be gauged from the fact that he held an MLA position 8 times and an MP position one time in his career. In November 2012, he separated from the BJP and formed his own party. In 2014, the party merged with the BJP and he was elected as an MP.

Speaking about the family, his son B Y Raghavendra is a 1-time MLA and a 3-time MP. The second son, BY Vijendra, is the vice-president of Karnataka BJP. Before the expansion in the Modi cabinet, it was being said that Yeddyurappa wanted a ministerial post for his son.

When did Yeddyurappa become the Chief Minister?