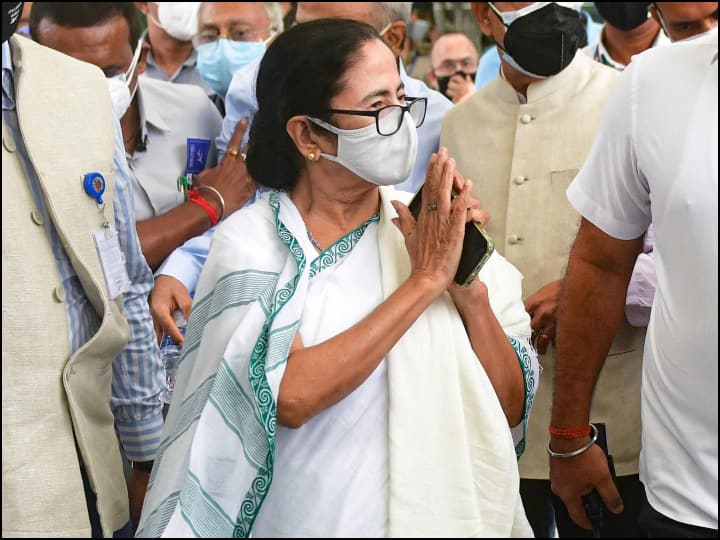 Even before reaching Delhi, Mamata made a big political bet. She announced setting up of a two-member inquiry commission consisting of former Supreme Court Justice Madan Lokur and former Kolkata High Court Chief Justice Jyotirmoy Bhattacharya to probe the Pegasus case. The name of TMC general secretary and Mamata’s nephew Abhishek Banerjee has also come up in this espionage scandal.

During her five-day stay in Delhi, Mamata Banerjee will meet Prime Minister Narendra Modi on Tuesday evening to discuss the issues of the state. The two leaders will have their first formal meeting in Delhi after TMC won the assembly elections in May. But all eyes will be on Mamata Banerjee’s political meetings.

According to sources, efforts are being made to organise a meeting with all the leaders of the opposition. However, party sources are not revealing their secrets regarding this meeting.

At the same time, the form of Martyrs’ Day celebrations organized by Trinamool Congress on 21st July every year, changed this time. Every year this ceremony was limited to Bengal only, but this time Mamta Banerjee’s speech given in Kolkata was broadcast in different cities of 6 states including UP and Gujarat besides Bengal.

Not only this, all the opposition leaders attended the function held in Delhi on the day of Martyrs’ Day. In this, leaders of RJD, Shiv Sena, Akali Dal, TRS and DMK including P Chidambaram and Digvijay Singh from Congress, Sharad Pawar and Supriya Sule from NCP and Ram Gopal Yadav from Samajwadi Party participated. All the party MPs had gathered to listen to Mamata Banerjee’s speech in the function organized at the Constitution Club of Delhi, but the presence of these leaders shocked the ceremony.

However, it would be a bit premature to say anything about Mamata Banerjee being active on the national stage as there is still about three years left for the Lok Sabha elections. By the way, they definitely believes that Mamata Banerjee can definitely try to bring the entire opposition on one platform.