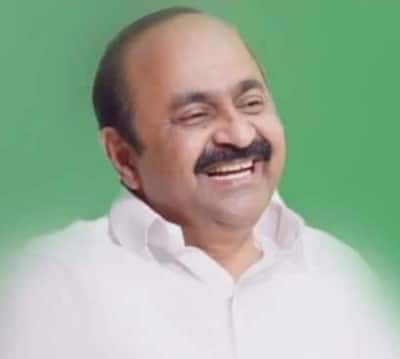 Thiruvananthapuram: Facing flak for not being able to handle the Covid situation in the state as Kerala accounts for 50 per cent of the country’s Coronavirus caseload. Almost a month after Kerala State Health Minister Veena George promised to come out with a list of Covid deaths following Congress-led UDF allegation that the deaths were being fudged, on Tuesday the Leader of Opposition V.D. Satheesan brought a list that said that 7,316 Covid deaths have been understated.

Satheesan said they have an option but to approach the judiciary to see that there is proper accountability in the death figures. “Numerous deaths of people who had comorbidities but passed away with Covid have not been included. There are reports that verbal orders from the government have been passed to the medical professionals to ensure that such deaths need not be included. We will have no other way, but to seek legal redress to correct this wrong,” said Satheesan.

Satheesan released the list of Covid deaths that was secured through the Right To Information from the state-run Information Kerala Mission, which states that starting January 2020 till July 13, 2021, there were 23,486 Covid deaths in the state.

However, in the daily figures released by Chief Minister Pinarayi Vijayan as on Monday, the total Covid deaths was only 16,170, which showed that there were 7,316 Covid deaths which Vijayan has not accounted for, said Satheesan.

It was after the Supreme Court intervened and asked the Centre to ensure that compensation be provided to the people who passed due to Covid, there have been exchanges between the Vijayan government and the Congress-led opposition, with the latter alleging there was a concerted attempt to understate the actual Covid deaths in the state, for fear of facing a backlash.

Wayne Rooney Does It Again! Check Out Leaked Pics Of ‘Crazy Night Out’ Of Former ManU Striker