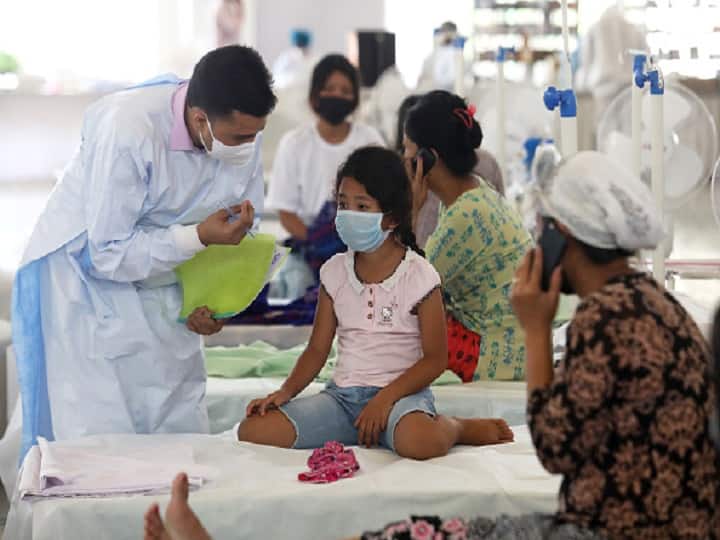 Kolkata: The West Bengal government has geared up preparations and made seceral arrangemets  to counter third wave of Covid-19 and control the spread of novel Coronavirus. In preparation for the much anticipated third Covid-19 wave, the state administration of West Bengal issued a directive on Wednesday to change paediatric diet charts in its hospitals.

“As the dietary supplement is an essential part of the Covid pandemic treatment and management, the government has decided to modify the existing diet plan particularly for paediatric population,” said the order.

Two different diet charts, one for children aged 1 to 5 years and the other for children aged 5 to 12 years, have been drawn, as revealed by a senior health department official. The food is nearly identical, consisting of bread, egg, fruits, milk, rice, dal, veggies, and fish. For the latter age group, the quantity is slightly higher.

Because the child’s mother or caretaker would be required to remain in the hospital, they would be provided with a complete meal as advised by the health department. The diet has been implemented immediately at all state-run hospitals. The state already has dedicated paediatric intensive care units and sick newborn units allocated for Covid cases in children and infants.

To deal with the alleged third wave of Covid-19, the West Bengal government has formed a ten-member expert group made up of doctors from state-run hospitals.

On August 5, Chief Minister Mamata Banerjee has held a meeting of the Global Advisory Body, which will advise the state on pandemic issues. Nobel laureate Abhijit Vinayak Banerjee leads the organisation.

This comes as the daily total of Covid cases increased to 815 on Wednesday after two days of being below 700. At least six high-risk zones have been discovered in Kalimpong, a city in north Bengal that shares a border with Sikkim. At least 97 instances of the Delta strain have been identified in the Himalayan state. All people visiting West Bengal from Sikkim have been mandated to provide either a Covid-19 negative RT-PCR test report or a double vaccination certificate, by the Darjeeling district government.