Indian Photojournalist Danish Siddiqui Not Killed In Crossfire, But Executed By Taliban: Report 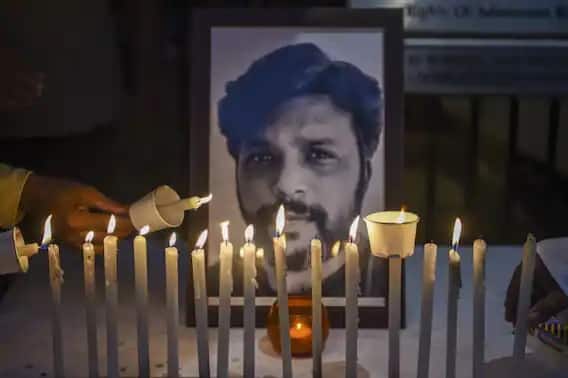 Washington: Pulitzer Prize-winning Reuters Chief Photographer Danish Siddiqui, who was untill now believed to have been killed in a crossfire in Afghanistan, was “brutally murdered” by the Taliban.

According to a report published in a US-based magazine on Thursday, 38-year-old Danish Siddiqui, who was killed while covering clashes between Afghan troops and the Taliban in Spin Boldak district of Kandahar city, was actually killed after Taliban verified his identity.

The Washington Examiner report has claimed that, Siddiqui travelled with an Afghan National Army team to the Spin Boldak region to cover Afghan -Taliban clashes. When they got to within one-third of a mile of the customs post, a Taliban attack split the team, with the commander and a few men separated from Siddiqui, who remained with three other Afghan troops.

IN PICS | Glimpses From Danish Siddiqui’s Funeral In Delhi; Hundreds Pay Tribute To The Award-Winning Photojournalist

During this assault, Siddiqui was hit by shrapnel. Injured Siddiqui and his team quickly went to a local mosque to receive first aid. As soon as the word spread that a journalist was in the mosque, the Taliban reportedly attacked.

The local investigation suspects that the Taliban attacked the mosque only because of Siddiqui’s presence as he was alive when the Taliban captured him.

The report stated that the Taliban verified Siddiqui’s identity and then executed him and those with him. The commander and the remainder of his team died as they tried to rescue him.

“While a widely circulated public photograph shows Siddiqui’s face recognizable, I reviewed other photographs and a video of Siddiqui’s body provided to me by a source in the Indian government that show the Taliban beat Siddiqui around the head and then riddled his body with bullets,” wrote the writer Micheal Rubin, who is a senior fellow at the American Enterprise Institute.

Mortal remains of photojournalist Danish Siddiqui arrived at his home in New Delhi on July 18 and was laid to rest at the Jamia Millia Islamia graveyard.

Danish Siddiqui was revered by his colleagues and friends. He started his career as a television news correspondent, switched to photojournalism, and joined Reuters as an intern in 2010.

He won the Pulitzer Prize in 2018 as part of the Reuters team for their coverage of the Rohingya crisis. He had extensively covered the Afghanistan conflict, the Hong Kong protests and other major events in Asia, Middle East, and Europe.

(With inputs from news agency PTI)