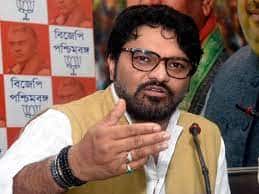 He, however, made it clear that he was not joining any other political party and asserted that he has always been a one team player.

Taking to Facebook to inform about his decision, the Asansol MP explained that he joined politics for social work, adding one can do it even without being in politics.

The singer-turned politician also shared that he has put forth his decision to leave politics before Union Home Minister Amit Shah and BJP president J.P. Nadda over the last few days.

Thanking the BJP central leadership for inspiring him in every way possible, he said that he would never forget their love.

Supriyo, who was among those dropped from the Union Cabinet earlier on July 7 as part of a rejig, also made it clear that he was not bargaining for any position and prayed that he is not misunderstood.

Supriyo, who lost from the Tollygunge assembly constituency to Trinamool Congress (TMC) heavyweight in the recently held West Bengal elections, asserted there is a big difference between 2014 and 2019.

The Asansol MP, who had a problematic relationship with West Bengal BJP chief Dilip Ghosh, also hinted at differences within the state’s saffron party leaders.

Stating that the BJP is the main opposition party currently in West Bengal, Supriyo said various new young leaders and senior leaders are now there.

He said the party will scale new heights under their leadership, adding whether somebody stays or not does not matter.