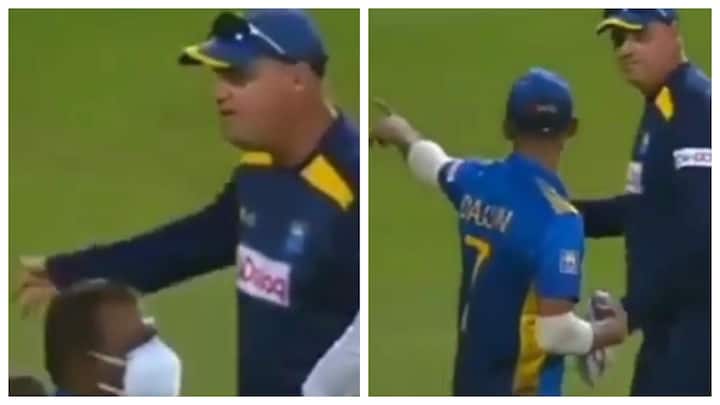 Colombo: Sri Lanka lost a match that could have been easily won against India. In the second ODI India needed 84 runs with just 3 wickets remaining in the kitty. But a brilliant 8th wicket partnership between Deepak Chahar and Bhuvneshwar Kumar sealed the match in favour of India. However, SL coach Mickey Arthur did not take the loss very well. He had a heated discussion with the new Sri Lankan skipper Dasun Shanaka on the field just after the match ended. This conversation went Live on air and the differences between the captain and the coach were easily visible.

It was pointed by the former Sri Lankan Russell Arnold that the coach should have had the conversation “in the dressing room” to which Arthur responded by saying that “It was actually a very good debate, no need to make mischief out of it!”

Take a look at the video of what exactly transpired after the 2nd ODI:

Deepak Chahar once rejected by Australian Coach Greg Chappell and advised him to change profession.

Foreign coaches are not good at all times. #INDvsSL #MickeyArthur pic.twitter.com/M8TDZe1oRj

Also look at the Twitter conversation between Arthur and Arnold:

Russ we win together and lose together but we learn all the time!Dasun and myself are growing a team and we both were very frustrated we did not get over the line!It was actually a very good debate,no need to make mischief out of it!

Experts believe that Sri Lanka should not have left Hasaranga’s 5 overs for the death and should have kept in the attack after the seventh wicket fell. That did not happen and Bhuvneshwar and Chahar were able to consolidate and build a solid partnership.

Arthur was quite frustrated sitting in the dressing room about the performance of the Sri Lankan team.