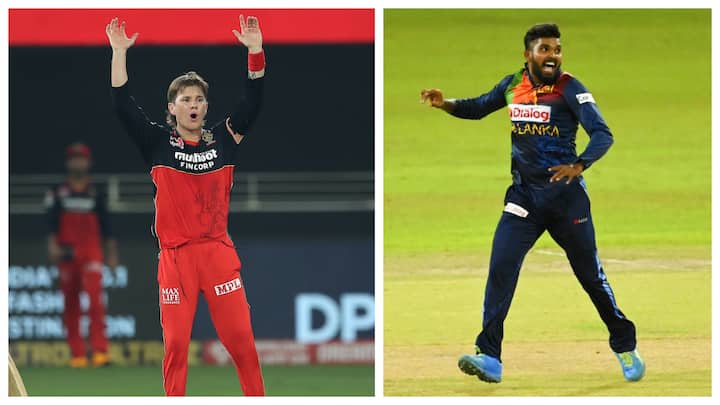 New Delhi: Indian Premier League (IPL) is set to return from 19 September 2021. Royal Challengers Bangalore (RCB) has approached BCCI with a request to replace their spinner Adam Zampa with the Sri Lankan leg spinner Wanindu Hasaranga. The SL bowler performed exceedingly well in the recently concluded India vs Sri Lanka series – that must have acted as a catalyst for RCB to consider him ahead of the Australian leggie. The information was reported by PTI.

Royal Challengers Bangalore’s star players Adam Zampa and Kane Richardson flew back to Australia citing “personal reasons”. Later, Zampa spoke with the Australian press about how the IPL bio-bubble was not as secure. On the other hand, SL’s Hasaranga was on top of his bowling performance. He picked up 7 wickets in the three T20Is becoming India’s top bowler.

Indian batsmen struggled against him in Colombo where the conditions were a bit like India. Pitches did not have pace and Hasaranga took full advantage of it. Will he become a top IPL protect for the future? Only time can tell.

The IPL 2021 was cancelled after few players were found to be Covid-19 positive inside the bio-bubble. The remaining Indian Premier League (IPL) 2021 will be held in Sharjah, Abu Dhabi, and Dubai from September 19, right after the end of the England vs India 5-match Test series.

There are 31 remaining matches in the IPL 2021. It will be the first time that the IPL will be held in UAE for two consecutive years.

Trials To Mix Covishield And Covaxin Vaccines To Begin Soon