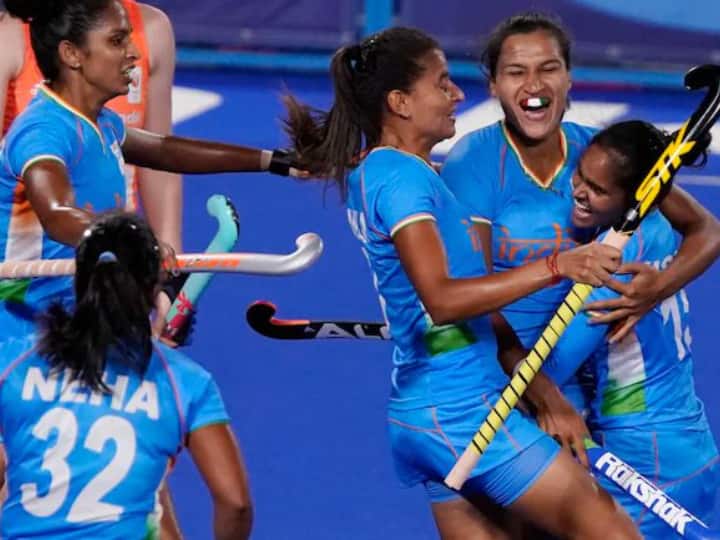 Indian women’s hockey team on Monday scripted history by beating the might Australians 1-0 in the quarter-final match to become the first ever team from the nation to make it to the semi-finals of the Olympics. India had earlier defeated South Africa 4-3 in a must-win Pool A match to qualify for the knockout stage and then Great Britain beating Ireland 2-0 to help India finish 4th in the group stage. For the first time in history of Olympics, both men and women hockey teams of India have entered the semifinals at Olympics.

With both China and Japan failing to progress past the pool stages in Group B, India is the only Asian team to have made it to the semifinals of the 2020 Tokyo Olympics.

The Australian women’s hockey team were left completely stunned by India’s attacking approach right from the start of the game. The India Women’s hockey team started on a great note. In the first few minutes, they managed to dominate possessions. Captain Rani Rampal attempted to score a goal in the first quarter but Aussies managed to keep it out.

Australia got a penalty corner against India in the first quarter. Fortunately, goalie Savita Punia managed to make a big save and deny Australia their first goal.

At the end of first-half, India scored goal number one to attain a 1-0 lead against Australia, courtesy Dragflicker Gurjit Kaur’s maiden Olympic goal in the 22nd minute. This was for the first time ever in the Tokyo Games that India scored a goal after taking a direct shot from the penalty corner.

Australia won their second penalty corner in the beginning of the third quarter but failed to convert it into a goal as a great goal attempt from Grace was blocked by the Indian defenders. India continued to hold onto their 1-0 lead and keep Aussies under pressure by the end of third quarter.

In the last quarter, India kept Aussies at bay to make sure their dream of making it to their maiden Olympics semifinals was not spoilt.