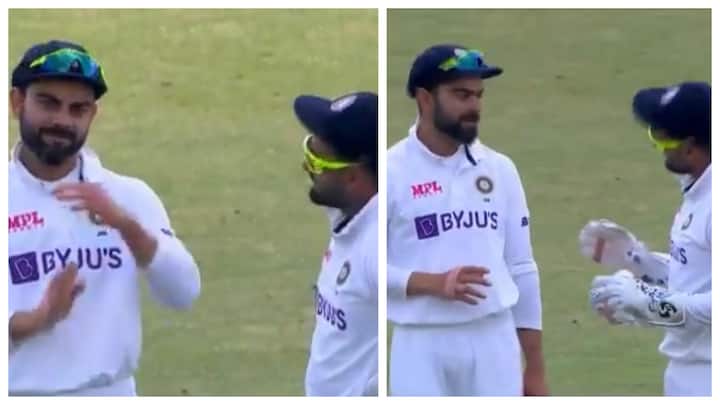 The interesting moment arrived when Mohammed Siraj was bowling to the well-set Zack Crawley. The ball went past the bat and Pant appealed ferociously but to no vail as the umpire called it not-out. Now, watch the video and see how Rishabh Pant tries to convince captain Kohli to take a review. Take a look below:

We can make sense of Kohli’s scepticism as Pant’s previous DRS attempt was a fail and Kohli was in two minds whether to trust his wicket-keeper or not.

The Trent Bridge is India’s happy hunting ground as the last time India visited England – in 2018 – on a forgettable 4-1 tour, Trent Bridge was the only ground where India was able to save some honour.

Earlier in the match, Jasprit Bumrah picked 4 wickets while Shami, SHardul and Siraj picked 3, 2 and 1 wickets respectively. India looked in a commanding position at the end of Day 1.

Nonetheless, Virat Kohli’s men have the best chance of winning the series, according to many cricket experts as England are without 3-4 top players like Jofra Archer, Chris Woakes and also, Ben Stokes who has taken a break from international cricket.