New Delhi: Afghanistan’s Ministry of Foreign Affairs on Saturday summoned Mansoor Ahmad Khan who is the of Pakistan to Kabul to lodge a strong protest over the abduction of Najibullah Alikhil’s daughter, its Ambassador to Islamabad.

The Ministry sought Khan to convey the strong protest and deep concerns of Afghanistan’s government to the Pakistani establishment and its Ministry of Foreign Affairs about the serious incident.

“The Ministry of Foreign Affairs explicitly called on the Pakistani government to take immediate action to identify and punish the perpetrators of this crime and ensure the full security and immunity of Afghan diplomats and their families in accordance with international conventions,” a statement informed.

Silsila Alikhil was abducted for several hours in Islamabad on Friday and released after being “severely tortured”. 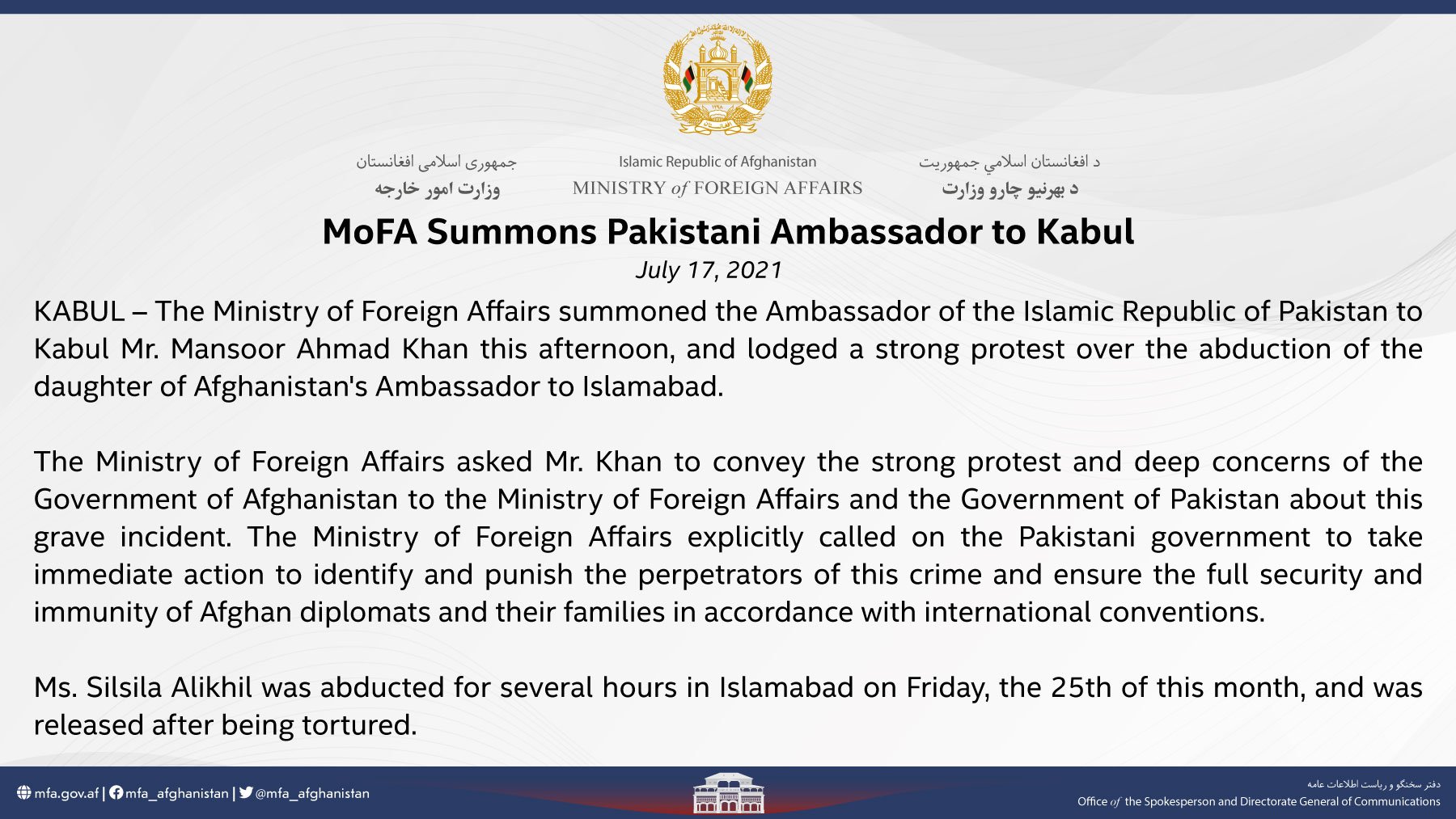 Afghanistan had issued a statement to express “deep regret” that on July 16, 2021, Silsila Alikhil, the daughter of the Afghan ambassador to Islamabad, was abducted for several hours and severely tortured by unknown individuals on her way home to Islamabad.

Alikhil is placed under medical care at a hospital after being released from captivity.

“The MoFA strongly condemns this heinous act and expresses its deep concern over the safety and security of diplomats, their families, and staff members of the Afghan political and consular missions in Pakistan,” Afghanistan’s Ministry of Foreign Affairs wrote in a statement.

“The Ministry of Foreign Affairs calls on the Government of Pakistan to take immediate necessary actions to ensure full security of the Afghan Embassy and Consulates as well as the immunity of the country’s diplomats and their families in accordance with international treaties and conventions,” it demanded.

This incident is reported at a time when Pakistan is being questioned over its alleged involvement and aid to the Taliban amid violent attempts to gaining more control in Afghanistan.