Iraq Bomb Blast: Massive Attack By ISIS In Baghdad Market Kills 30 On The Eve Of Eid 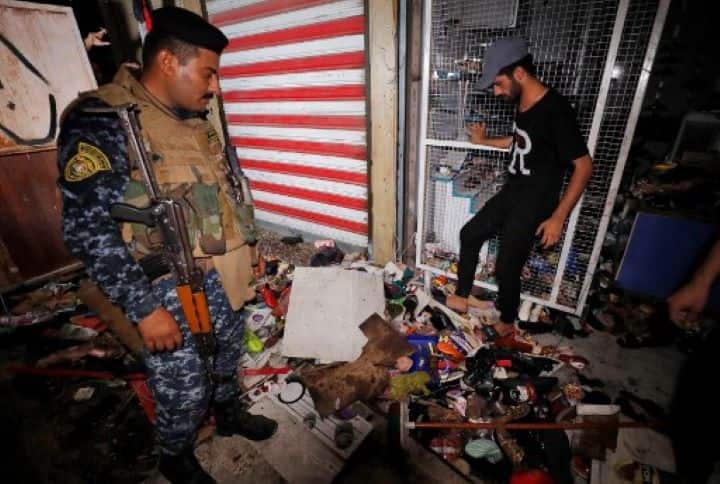 It was the deadliest bombing in Baghdad in six months.

Security sources told Reuters news agency that women and children were among those killed in Monday’s attack on the al-Wuhailat market. Some shops were set on fire, they said.

In a message posted to its Telegram channel, the group said a suicide bomber named Abu Hamza al-Iraqi detonated his explosive belt in the middle of a crowd in Sadr City, an eastern Baghdad suburb on Monday night, killing more than 30 people.

Iraqi President Barham Salih called the bombing in the densely populated majority-Shiite suburb of Sadr City a “heinous crime” and offered his condolences.

“They are targeting our civilians in Sadr City on the eve of Eid,” Salih said in a message on Twitter. “They do not allow people to rejoice, even for a moment.”

Eight women and seven children were among the dead, according to medical sources, who said the toll lay between 28 and 30 killed, as per AFP.

In an early Tuesday statement, children’s agency UNICEF confirmed that children were killed and injured in the attack.

“This horrific attack right before Eid Al-Adha is a terrible reminder of the violence Iraqi children continue to face,” it said.