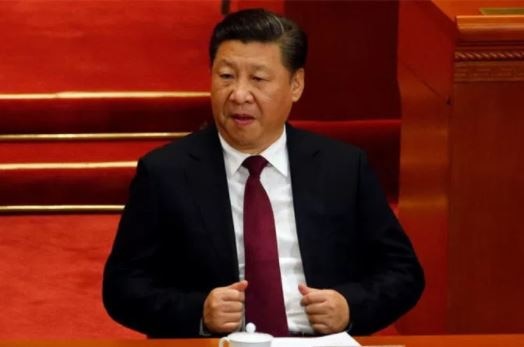 Beijing: President Xi Jinping became the first Chinese leader in many years to visit Tibet as well as its south-eastern border region with India. The development took place earlier this week as he inspected a newly opened and strategically important railway line.

Xi arrived in Tibet on Wednesday, landing at the airport in Nyingchi, a town near the border with India’s Arunachal Pradesh, Xinhua reported.

The report further said the Chinese President drove to the Nyang river bridge to inspect the Yarlung Zangbo river or Brahmaputra river.

He then took a train to the regional capital Lhasa and inspected the construction along the railway during the ride.

This is the Chinese President’s first visit to the Tibet Autonomous Region (TAR) since taking over as the Communist Party of China general secretary in 2012. He had visited earlier in 2011 when he was the Vice-President.

His visit to the border region and Nyingchi assumes significance as it comes a month after China started operating the first bullet train line in Tibet, linking Lhasa to Nyingchi near the border with Arunachal Pradesh.

The 435-km line has a designed speed of 160 kilometres per hour and would connect the capital city of the Tibet Autonomous Region to the border city of Nyingchi with a travel time of three-and-a-half hours, China State Railway Group said.

The Lhasa-Nyingchi rail is one among several major infrastructure projects recently completed in Tibet’s southern and south-eastern counties near the Arunachal border.

China had last month completed construction of a strategically significant highway through the Grand Canyon of the Yarlung Zangbo river, the “second significant passageway” to Medog county that borders Arunachal Pradesh.

Maharashtra rains: Damaged portions of railway line in Konkan to be restored soon