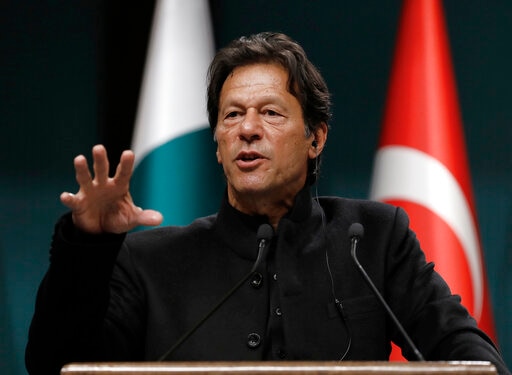 PM Khan spoke with Secretary-General of the United Nations Antonio Guterres over the telephone wherein both discussed the developments in Afghanistan, with a particular emphasis on the humanitarian situation, news agency PTI reported.

The Prime Minister’s Office issued a statement informing that Imran Khan stressed the need for the international community to become more engaged with Afghanistan, also emphasising on giving urgent priority to addressing the humanitarian needs and ensuring economic stability.

Such steps would not only reinforce security but also preclude any mass exodus of Afghans from their country, thus preventing a refugee crisis in Afghanistan, he said, as reported by PTI.

Imran Khan highlighted the importance of peace, stability and an inclusive political settlement in Afghanistan, stressing that the opportunity to finally put an end to 40 years of conflict in the country must be seized by enabling the Afghans to achieve a lasting peace, security and prosperity, the statement read.

He assured Guterres of Pakistan’s continued cooperation with the UN in the fulfillment of its mandate.

Khan reaffirmed Pakistan’s full support for the smooth operation of the United Nations’ humanitarian mission for Afghanistan, the statement said.

ALSO READ | Afghanistan Crisis: Taliban Postpone Govt Formation For Next Week – Know All About It

General Bajwa had a meeting with Raab in Islamabad where they discussed issues of mutual interest, regional security and the current situation in Afghanistan.

In the meeting, General Bajwa said that Pakistan will “continue to fight for peace and stability in Afghanistan, as well as assist the formation of an inclusive administration”, news agency PTI credited the Pakistan Observer as reporting.

These remarks come as Pakistan’s powerful intelligence chief Lieutenant General Faiz Hameed on Saturday reached Kabul while the Taliban is yet to install a government that would be acceptable to the international community.

ISI chief Lieutenant General Faiz Hameed arrived in Kabul with a high-level delegation from Islamabad. The delegation, according to the Pakistani media, was invited by the Taliban, TOLOnews reported.