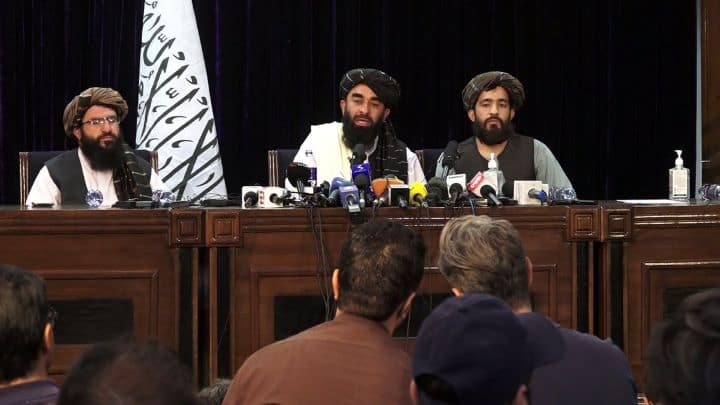 New Delhi: After declaring control of the Panjshir Valley, Taliban spokesperson Zabihullah Mujahid held a press conference in Kabul on Monday to announce that war in Afghanistan has ended, and now the Taliban hope “Afghanistan to become a stable country”, as reported by TOLOnews.

The Taliban spokesperson denied reports of delay in the formation of the regime was due to disagreements within the hardline Islamist group and said there are “some technical things left” and that the new Afghan government to be announced could be interim with a view toward changes in the future, according to Reuters.

Mujahid said that as the war is over, an Islamic and accountable government will be formed soon.

Reiterating its plans of making Afghanistan a peaceful state Mujahid said, ” People should know that the aggressors”  will never build Afghanistan and the development of the country is the responsibility of the Afghan people. We will work towards a common goal and build a better future”, as mentioned in the TOLOnews report

He also mentioned that they are looking forward to resuming the Hamid Karzai Airport in Kabul soon and technical teams from Qatar and Turkey, as well as the UAE, are repairing the airport.

On Pakistan leaders visiting Kabul, Mujahid confirmed that they have agreed to it. He further said that Pakistan is worried about the release of prisoners, those who belong to Pakistan and want to carry out attacks. He reiterated the Taliban’s statement that it won’t allow anyone to threaten any country from Afghanistan.

He further said that the Taliban wants to establish good relations with the world and China is a significant part of it.

He said that China is a big economic power and Afghanistan needs its support for reconstruction and development. The Taliban has invited Pakistan, Qatar, Turkey, Russia, China, and Iran to attend the new government formation ceremony.