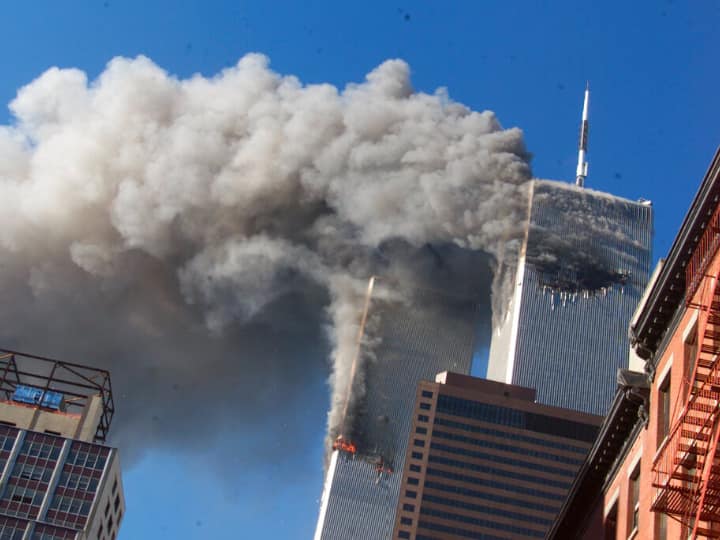 Just before the live report, the Reuters news agency had mistakenly reported the collapse of the building, which was then picked up by CNN. Though Reuters later issued a correction, clips of the report continue to go viral even now especially nearer the anniversaries.

Missiles: According to this theory, the hole left behind after the attack on the Pentagon was too small to be actually caused by a passenger airplane. Theorists say that US missiles were fired at the Pentagon suggesting that the US government was aware of the attack.

But the American Society of Civil Engineers in a report by Popular Mechanics magazine explained that the hole was caused due to one of the Boeing 757 wings hitting the building while the other hit the ground.

United Airlines Flight 93: This domestic flight which was hijacked by the Al-Queda terrorists crashed into a field in Somerset County, Pennsylvania, after passengers regained control of the plane. But according to conspiracy theorists, the plane was shot down by a white business jet. This jet was seen by many eye-witnesses.

However, the aviation authorities later explained that they had requested the jet which was flying in the area at the time to inspect the crash site.

Twenty years on, the skepticism and suspicion first revealed by 9/11 conspiracy theories has metastasized, spread by the internet and nurtured by pundits and politicians like Donald Trump.