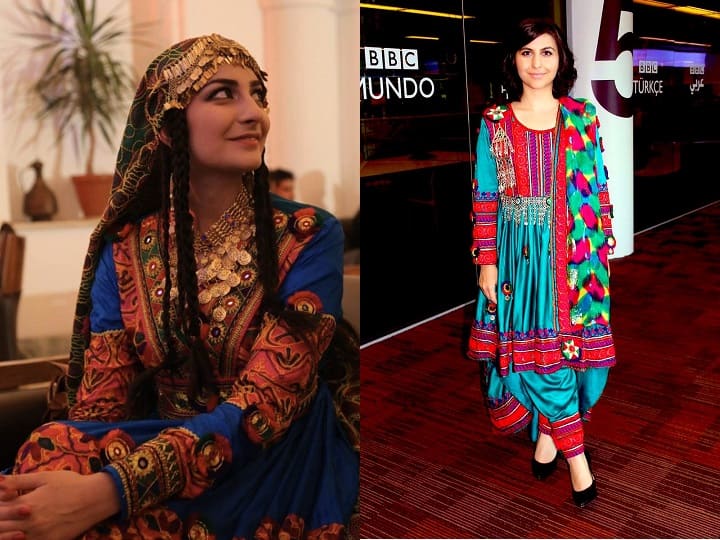 New Delhi: The new Taliban government imposing a mandatory dress code for women in educational institutes has prompted Afghanistan women across the world to protest against the mandate by sharing photos in traditional attires.

Though women can continue to study in universities, including at post-graduate levels, classrooms will be a gender-segregated and compulsory veil or Burqa is mandatory, according to the higher education minister in the new Taliban government.

READ: PM Modi To Attend First In-Person Quad Summit In US, Will Address UNGA On Sept 25

Female university students will face restrictions under the Taliban, including a compulsory dress code, according to the AP report. Even as the order didn’t specify wearing the all-enveloping burqa, the niqab will effectively cover most of the face leaving just the eyes exposed.

On Saturday, photos in media appeared in which a group of female students are wearing head-to-toe black robes and waving Taliban flags in the lecture hall of a government-run university in Kabul.

This sparked worldwide protest from Afghan women who started an online campaign to protest against the Taliban’s dress code. They posted their photos in traditional clothes using hashtags DoNotTouchMyClothes, AfghanistanCultureand  AfghanWomen.

How did the protest gain momentum?

According to a CNN report, Bahar Jalali, a former faculty member of the American University of Afghanistan apparently kicked off the photo-sharing campaign.

Jalali quote-tweeted a picture of a woman in a full black dress and veil and said: “No woman has ever dressed like this in the history of Afghanistan. This is utterly foreign and alien to Afghan culture. I posted my pic in the traditional Afghan dress to inform, educate, and dispel the misinformation that is being propagated by Taliban.”

The campaign grew stronger with several other women posting their photos on social media.

Waslat Hasrat-Nazimi, head of the Afghan service at DW News, also shared a tweet dressed in traditional Afghan dress and headdress with the comment: “This is Afghan culture and this is how Afghan women dress.”

Sana Safi, a prominent BBC journalist based in London, posted a picture of herself in colorful traditional dress, with an additional comment saying: “If I was in Afghanistan then I would have the scarf on my head. This is as ‘conservative’ and ‘traditional’ as I/you can get.”

Sodaba Haidare, another BBC journalist, said: “This is our traditional dress. we love lots of colour. Even our rice is colourful and so is our flag.”

Peymana Assad, a local politician in the UK who is originally from Afghanistan, said in a post: “Our cultural attire is not the dementor outfits the Taliban have women wearing.”

The takeover of Afghanistan raised concerns over the treatment of women in the country where women are considered second-class citizens, and subjected to violence and forced marriages.

Taliban ruled Afghanistan from 1996 until 2001 but was thrown out of power after a US-led invasion.

‘Should Not Misrepresent Its Own Information’: Taliban Rejects Human Rights Watchdog Report